Typical care home fees for elderly people surged by an average of £900 last year alone – and more than twice that for those needing more intensive nursing, new research has disclosed.

Meanwhile as many as 22,000 older people receiving residential care in England – or almost one in 10 – were given just a week’s notice before seeing hefty increases on their bills, it found.

Most of the others were given less than a month to adjust to significant increases in their care bills, the investigation by the charity Citizens Advice concluded. 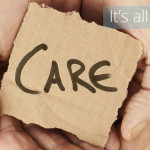 The findings came as separate research by Good care Guide pointed to “dire” standards in care provided to older people in their own homes.

Citizens Advice carried out a mystery shopping exercise on just over 400 care homes.

“People in care homes are at the mercy of price rises. A week’s notice puts enormous pressure on care home residents or their families to pay.”
Gillian Guy, chief executive, Citizens Advice

Eight per cent of the homes told researchers that they only give a week’s notice to residents that prices are set to increase.

That suggests that around 22,000 older people and their families were given days to adjust to the rises.

The charity say this is not enough time for vulnerable elderly people to be prepared for the upheaval of moving to a cheaper home.

• How can I stop the council forcing my mother to use her house to pay for care?

The charity is calling for a minimum amount of notice care homes must give to residents before imposing price rises.

It is calling for a minimum amount of notice care homes must give to residents before imposing price rises.

Bills for less intensive residential home care rose by £572 to reach £29,588 over the same period.

The average rise, taking account of the different levels of care, was around £900.

“People in care homes are at the mercy of price rises,” said Gillian Guy, chief executive of Citizens Advice.

“A week’s notice puts enormous pressure on care home residents or their families to pay.

“It is unreasonable for vulnerable people to face such a small window to compare costs and make alternative arrangements if they cannot afford the higher fees.” Under the current system Local authorities will pay the whole care bill if the resident has less than £14,250 and will help pay if they have savings and assets of less than £23,250. However, residents who have more than that must pay the entire cost themselves.

Fees can also vary widely depending on the home and location.

Families are often forced to sell homes and assets to pay for care if they do not qualify for local authority help.

A Conservative manifesto promise originally meant to come into force this year to introduce a lifetime cap of £72,000 on the amount people should spend on care has been postponed until at least 2020 after council leaders asked for the funding to be spent elsewhere.

The research also found that many homes do not include the price of basic services such as visits to a GP or use of a telephone in their weekly fees.

Ms Guy added: “Some people are also being caught out by hidden extra care fees appearing on their bill.

“Nobody can be expected to budget for extra costs that are not clearly set out by the provider.

“There should be a minimum amount of time care homes can give notice of a price rise and the Competition and Markets Authority should look into whether the care home market is working well for people paying for its services.

“Clearer guidance is also needed on extra care costs so those paying are not landed with shock bills.”