The first two cases of the Zika virus in the Republic of Ireland have been confirmed. 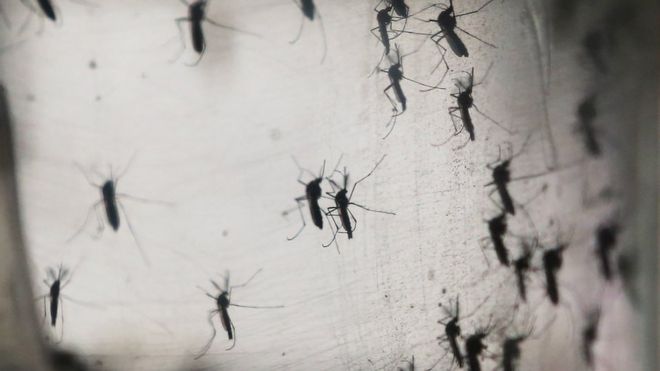 One case is in a man and the other in an older woman. Both have recovered from the infection.

They both have a history of travel to a Zika affected country. The

Republic of Ireland’s Health and Safety Executive (HSE) has said the cases are unrelated.

The World Health Organization has declared Zika a global health emergency as it spreads through the Americas.

Zika is carried by mosquitoes and has been linked to thousands of suspected cases of babies born with underdeveloped brains.

The US authorities are currently investigating a reported case of the Zika virus being transmitted through sex, but the HSE said neither of the cases in the Republic of Ireland is “at risk of pregnancy”.

It said the majority of people who become infected by Zika virus have no symptoms but the infection can result in a mild illness lasting between two and seven days.

The HSE statement advises people who become ill within two weeks of their return to the Republic of Ireland from an affected area to contact their doctor for assessment.

“The finding of Zika cases in Ireland is not an unexpected event as many other European countries have reported cases as a result of travel to affected areas,” it said.

“The Zika virus is a mosquito-borne infection, which isn’t harmful in most cases.

“However, it may be harmful for pregnancies, as it’s been potentially linked to birth defects, specifically, abnormally small heads [microcephaly].”