Disgusting Behaviour From People Trusted to Care for our Loved Ones

The video, taken at the Middleton home has led to the suspension of two care workers, following claims they taunted residents with dementia by hanging the dolls up by their necks and shutting them in a tumble dryer. 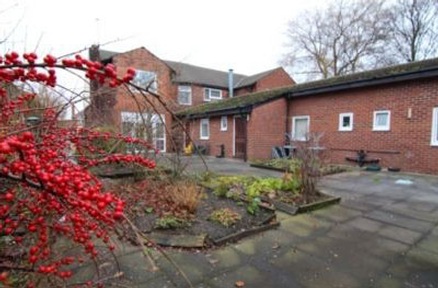 The video shows a female care worker throwing a doll on the floor and shouting “die, baby, die!” While a colleague asks her: “How do you feel that you’ve just done that? How do you feel?” The woman in the video is heard laughing and responds: “Great, because [resident’s name] is upset.”

Doll therapy is used to help people living with dementia feel less anxious and encourage them to engage with their loved ones. Older people with dementia often enjoy cuddling dolls and therapists recommend them to be as lifelike as possible.

Bosses of the Middleton care home took immediate action after being made aware of the footage, suspending two members of staff pending an investigation and has reported the incident to police.

In a statement issued by the home, a spokesperson said: “We take this very, very seriously. People like this should not be working in the care industry.

“We have taken immediate action and the appropriate authorities have been informed. We will ensure the people involved in this unfortunate incident are reported – and there will be a full investigation.

“Both members of staff have been suspended and will face disciplinary procedures.

“The welfare of our residents is our highest priority.”

Families of residents involved have been informed of the staff suspensions and of the relevant action care home bosses plan to take.

Greater Manchester Police confirmed they had received a complaint while the Care Quality Commission (CQC) have also been informed and the issue has been passed to the Health and Care Professions Council and the Disclosure and Barring Service.

In July 2015, the home was ordered to make improvements following a CQC inspection, where inspections identified breaches of the Health and Social Care Act 2008. Inspectors said some people felt there was room for improvement in relation to staff ‘attitudes’, and the service was found to not always be ‘caring, safe or effective’.

Ashbourne House Nursing Home is operated by Silverdale Care Homes and provided accommodation for up to 29 people aged over 65 with dementia, learning disabilities, personal care or nursing needs.